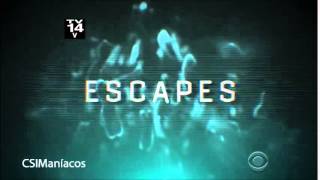 MAN: It will come to pass! It's just a matter of time. You can only lie to yourselves for so long. We pretend that we're not afraid. But when it happens and that day comes nothing will stop the world from bleeding. Nothing! (Door opens)