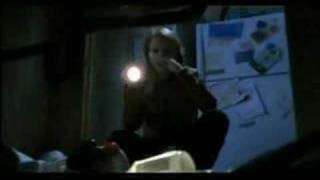 MAN: I would never hit my kids. 'Cause, you know, my father used to beat me. Whatever. He didn't beat me too much. He beat me just right. I remember the last time he really slapped me around just getting up off the ground and thinking perfect. He really nailed it, you know just Any more would have been barbaric. And yet any less, I wouldn't be seeking the approval of you drunks. So, thanks, Dad. 'Cause parenting is hard and expensive. I just read the other day if you were to have a baby today and raise that kid all the way through college, it would cost you $1 million. And that's why I feel like no woman should ever walk out of an abortion clinic with her head hung down in shame. You walk out and they're like you just hit the lotto. I'm a winner! MAN: You suck! You think abortion's funny? Hey, come on. I don't think abortion's funny. Especially the ones that try too hard to get a laugh. You know what I mean? You'd know about that wouldn't you? Sir, do you have kids? That's none of your damn business.

MAN: I-I feel like we got off on the wrong foot.

I hate to see that.